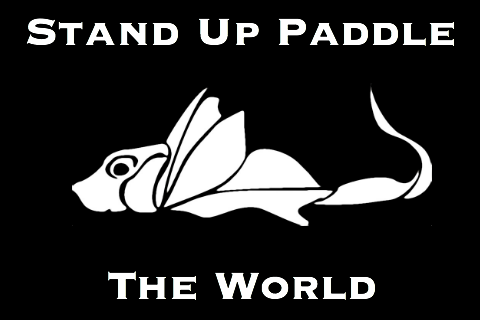 Harry Oesterreicher: Stand Up Paddle Racer–Donated Kidney to a Friend 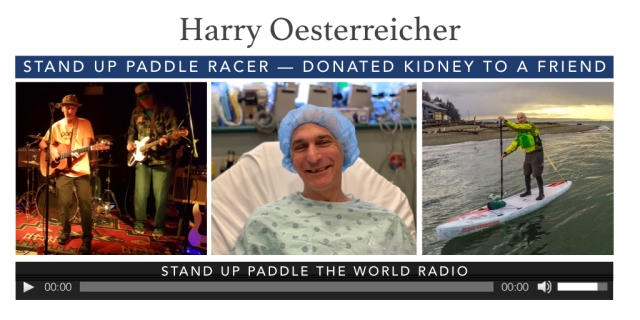 Harry Oesterreicher is a man who gives back–giving his kidney to a dear friend, founding member of the Aristides de Sousa Mendes Foundation, and volunteer at Washington Water Trails, and the Ballard Elks Paddle Club.  Harry discusses how important friendship is across a variety of groups and clubs, Stand Up Paddle Racing, and what it’s like to give a kidney to a dear friend.

Posted on March 9, 2019 By Darrell Kirk in Podcasts

Levi Goltz came into stand up paddle racing from a lifetime of sports as a gymnast, ultra marathon runner, and Soccer player. Levi talks about his entry into SUP racing, early family life, and a behind the scenes look at the world of computer programming.

Posted on March 2, 2019 By Darrell Kirk in Podcasts

Nick Papa has a heart of gold and everything about him spells success on and off the race course. He is a gentleman and well-spoken, but his brute force and focus brought him to the front of the Seattle SUP racing scene.  Nick talks about the other racers in the Seattle area that mentored him early on and what he has learned in a short time.  In addition Nick talks about his interesting life to include selling craft beer in China!

Posted on November 15, 2018 By Darrell Kirk in Podcasts

Fiona Wylde is a product of Hood River and the Columbia Gorge–friends and family, the Jet Team, and the rugged and unforgiving Columbia River all have shaped and tempered her into the competitive and kind person she is today.  Fiona talks about those early years and the people, places, and events that forged who she is and how she is paying it forward to others in the sport.

Fiona is one of the top female stand up paddle racers in the world, and diabetic!  In this episode of Stand Up Paddle The World Radio, Fiona also explains her strategies of controlling her diabetes on and off the race course and the technology that makes it happen.

Seventy 48–an Epic Night of Storytelling and Friendship. 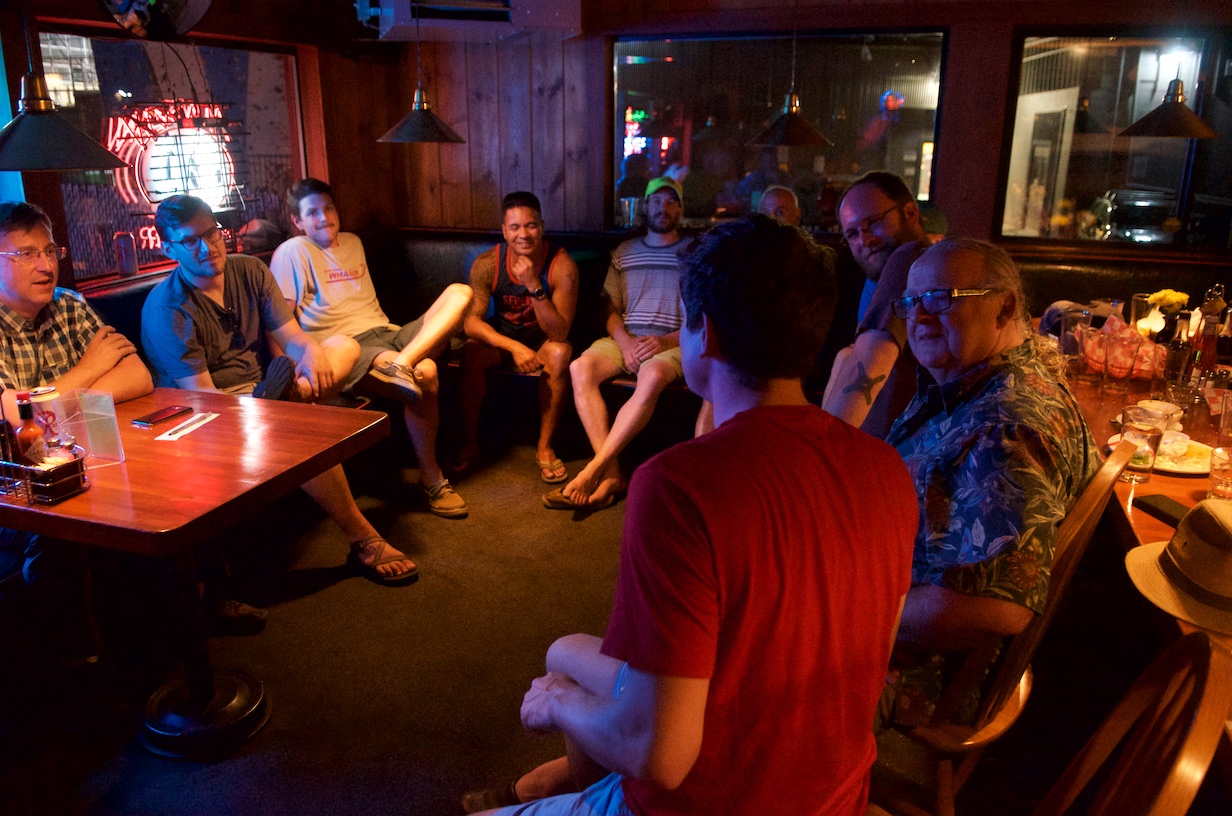 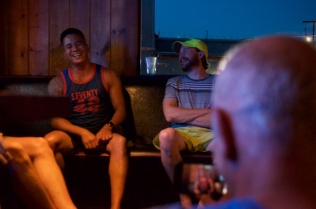 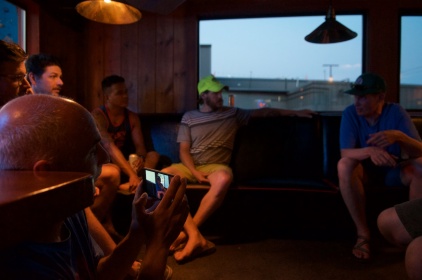 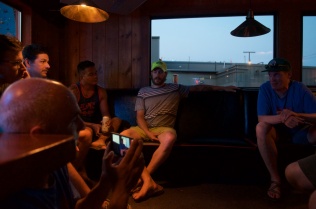 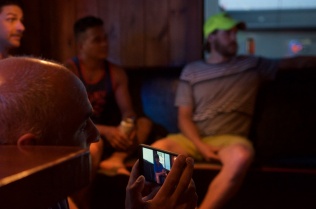 Reading Kaliko Kahoonei’s blog, you find an individual who cares deeply about the sport of SUP and is worried about its future.  We talk with him about a recent post “The SUP Industry Exposed” and the quick deterioration of SUP racing, especially the Pacific Paddle Games in California which Kaliko has attended the last four years.  Kaliko also discusses the business of SUP in general and gives vivid details of a regional SUP trade show where scores of new companies exhibited to get a piece of the hot stand up paddle market, but few showed up to buy.

We also talk with Kaliko about his roots in Hawaii and the epic watermen he watched growing up, to include his father. 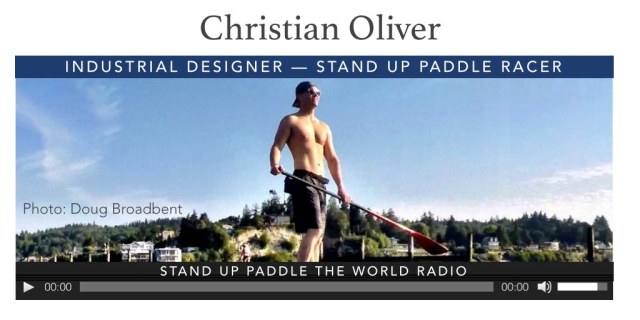 Christian Oliver has always been drawn to the water.  Growing up in the South, his family would take vacations to Florida, where he fell in love with the ocean. Christian’s dad built cedar strip wood canoes out of the garage and has great memories canoeing with the family in Tennessee.  Christian majored in Industrial Design in college and channeled his love for the water in designing boats and now works for a major yacht company.  Christian talks about Industrial Designing and his love for stand up paddle racing and what he’s doing to get faster each year.

Spencer Lazzar: A Passion for Stand Up Paddle Racing

Spencer Lazzar was early on the scene of stand up paddle racing–Inspired by a video of Laird Hamilton on a SUP, he though, might I be able to surf my local lake on one of these boards?  The search was on for a stand up board in these very early days of SUP.  Spencer and a friend traveled several hours away to the foreign city of Hood River, one of the few places in the country where you could find one of these boards.  The sport stuck, even Spencer’s Father joined him and the two of them raced together for almost a decade, even to this day.

Life ebbs and flows, there are ups and down, and SUP was there for Spencer–he lost his way putting on more than forty pounds.  He turned to stand up paddle racing, bringing him back to his former athletic self, and getting better every year since. 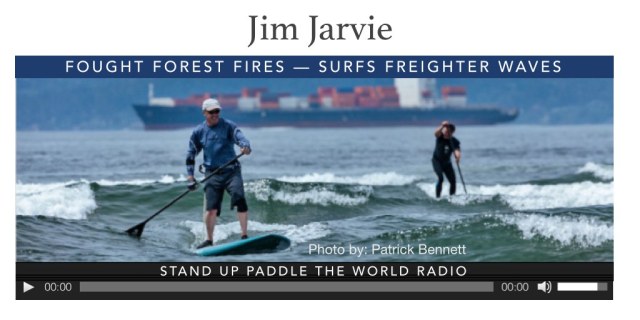 Flying around Washington State in old Russian helicopters purchased by the Government for one dollar, Jim Jarvie served as a forest firefighter helping mop-up fires that ravaged the area.

Jim’s passion for freighter wake surfing and saltwater came from a dear Mother who loved the Ocean and immersed her children in it! A “Rosie the Riveter” in WWII, Jim’s Mother served our country with pride along with Jim’s Dad who fought in the Pacific on a United States Navy Mine Sweeper. Both parents instilled a deep passion of physical fitness and love of the outdoors in Jim who continues this tradition today.

Separately, Jim and Darrell traveled deep into a newly opened Tibet in 1986 and share incredible stories of adventure travel impossible to recreate just a few years later when the Tiananmen Square Protests of 1989 plunged the open country back into an impossible lockdown that still exists today.

Jen Fuller: A Lifetime of Studying The Gift of Movement

Jen’s interest in science and psychology of health began after an accident left her father paraplegic.  This situation piqued her curiosity about causes and cures for chronic pain and illness. Being an athlete, she was interested in what it took to function at a high level of performance and ultimately created a stand up paddle race training program based on Physiology and Biomechanics, Muscular and  Egoscue Exercise Therapy.  Jen’s lifetime study of Biomechanics gives us an epic opportunity to increase our race paddling skills and overall health and fitness in this incredible interview taped near the Golden Gate Bridge at Crissy Field. 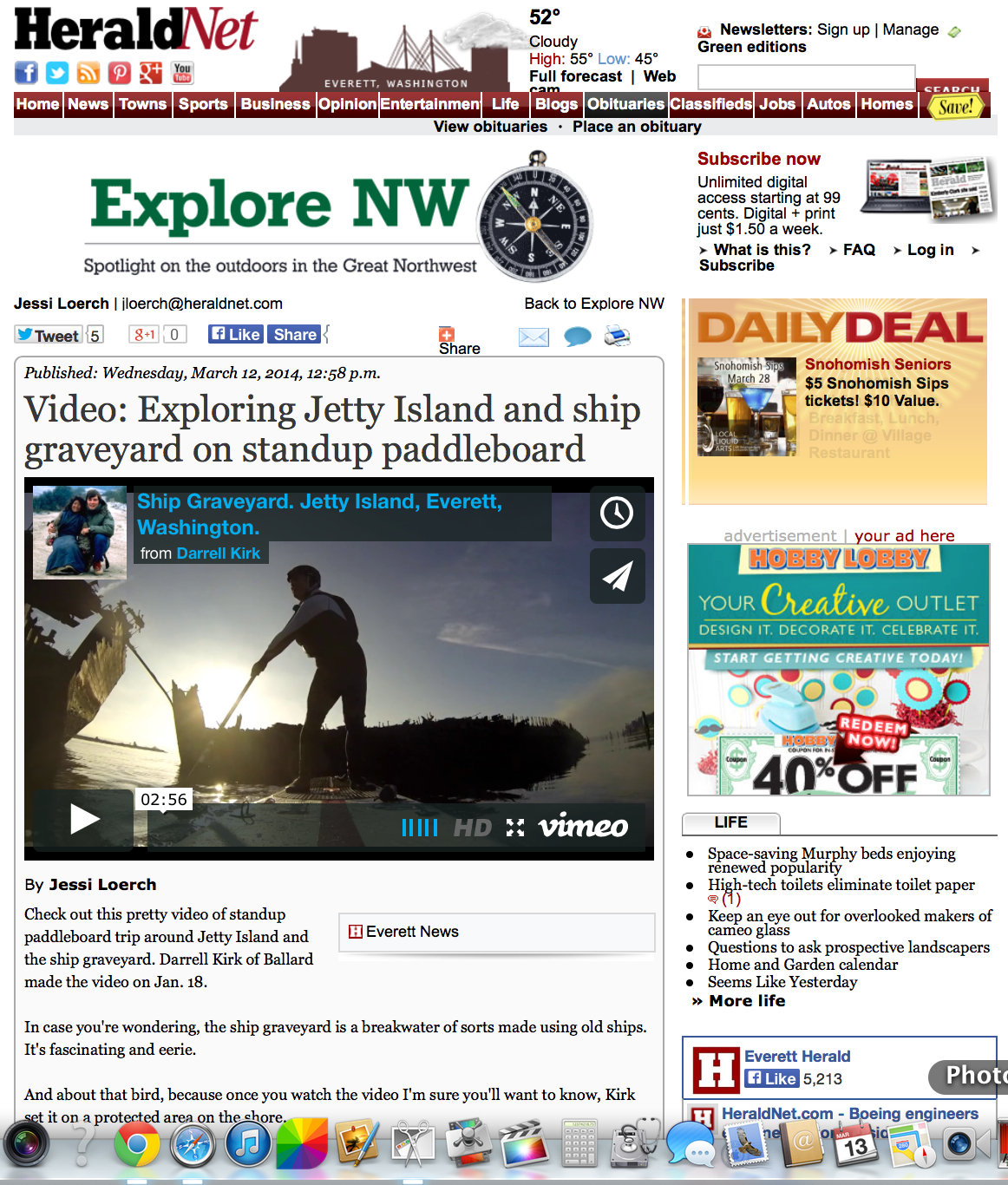 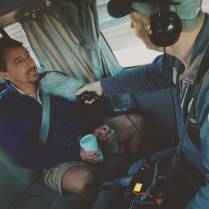